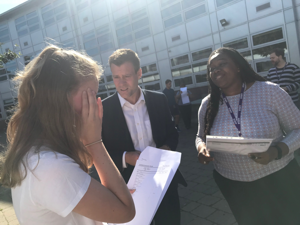 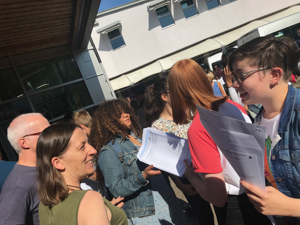 A good year for our Year 11 Bishop Justus students who once again received strong GCSE outcomes this summer.  Alongside our usual individual successes in core subjects such as English, Maths and Science, we were delighted to see that other subjects such as Music, Spanish, Drama, Design and Technology and Media Studies also enjoyed pass rates in excess of 80% giving students a real breadth of qualifications to take forward into 6th Form and College study this year.

Rebecca Aldred starred this year with 9 grade 9s placing her firmly within the top 1000 students in the country.  Rebecca also achieved an A* in Further Mathematics to cap off an amazing set of results.  Her attitude to her study and school life this year will surely act as an inspiration to those coming though in the future, congratulations Rebecca!

We are also delighted to share news of our students who made the most progress between the end of primary school and Year 11.  They include Paris Jackson, Ava Mingo-Daniel and Lorenzo Molinaro.  A fantastic outcome for these students who have worked hard to achieve such good progress. 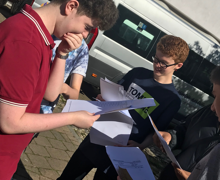 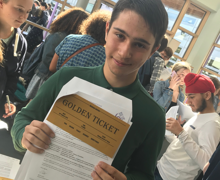 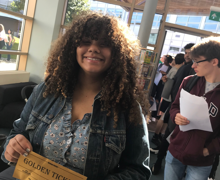