The Film Studies Department was very pleased to welcome Director John Dower to give our students an insight into directing and some of the skills involved as they prepare for their coursework.

John Dower has directed several TV series including Eastenders, Casualty, The Bill and Wolfblood; a CBBC series of which the workshop was based around. John is also working on some short and feature length film direction which we look forward to seeing in the future.

The students looked through a script and discussed the level of planning required of a director before shooting a film including storyboarding, floorplanning, location reccies and the relationships between actors and the director. We then watched a clip from the episode of Wolfblood that we had seen the plans for which meant the students could clearly see the devleopment from script to finished product. Our Film students were able to ask questions about his past work and about his practises so that they could use them when producing their coursework. 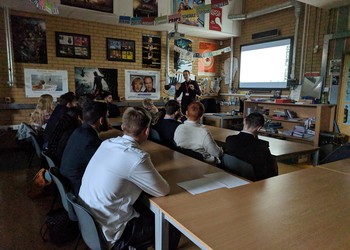 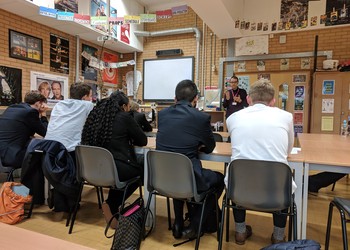